The Connectivity Standards Alliance has officially released Matter 1.0, an application level protocol that makes security and interoperability much easier for smart home devices. We explain how Matter affects the industry and what we expect it to change.

What was formerly known as Project Connected Home over IP, or Project CHIP, is now Matter! The CSA announced on October 4, 2022, that they have certified and released the first version of Matter for the public.

This is a big step towards enhanced security in connected home products, as security is considered a fundamental design tenet for Matter, and includes:

But what exactly is it? And how does it work?

Matter is a global standard for connectivity for smart home devices. Up until now, home devices did not have a standard protocol, so anyone employing smart home solutions would need to create their own protocol, which would be both time-consuming and expensive. With Matter, anyone can certify their products and ensure connectivity as well security for their devices.

Based on the underlying technologies, WiFi, Ethernet, and Thread, Matter seeks to create a highly reliable and energy-efficient protocol for home devices. Matter also employs Bluetooth BLE for commissioning.

How does it work?

Let’s say you’re using Google Home for all your smart appliances, and your friend uses Alexa. Now each solution has an underlying protocol that connects each of the devices to the mobile or web applications that you use. So far, these protocols have been different according to the business that offers these solutions, which implies:

Matter solves all of these problems by unifying several network and transport protocols, which have been proven to be effective and secure. It also mandates security measures for any devices that are getting certified. So when users opt for Matter certified devices, they know what they are opting for.

The Connectivity Standards Alliance is an international community of tech companies that work together to establish open standards for Internet of Things.

The CSA opened the Matter Working Group back in January, 2020. It started as an effort to make connectivity less complex, and also more secure. Tobin Richardson, President and CEO of the CSA, when releasing the first version said,

“What started as a mission to unravel the complexities of connectivity has resulted in Matter, a single, global IP-based protocol that will fundamentally change the IoT.”

Today, Matter is a connectivity standard that stands unparalleled in the industry.

Let us take a closer look at the key factors that Matter has deployed:

Matter specifies guidelines for certification which cover the entire life cycle of a device. This standardizes quality requirements for hardware, packaging, security, network, and more.

Matter is built upon existing wireless technologies which have matured over the years. This eases the process of unifying as companies that are building new products do not have to overhaul their wireless stack to accommodate new technologies.

While we’ve already mentioned how security is integral to Matter, let us take a look at the various layers a matter application consists of.

Matter explicitly needs every action to be encrypted and signed. This makes security a mandatory requirement for every Matter certified device.

Additionally, each Matter certified device has a unique identifier, much like an IP address. This offers additional control to the user in terms of who can connect to their devices and how private it is. Matter devices will also work with certificates that check the device type and brand for further verification.

With Matter certification, any two devices can communicate with each other via a gateway, irrespective of their connectivity protocols, as long as the user permits it. This enhances efficiency as the user doesn’t have to consider uniformity in devices, because the protocol already takes care of it.

Certain smart home devices are still pretty expensive. The reason for this is that WiFi chips and sensors aren’t cost-effective. But with Matter, all home devices do not need to be connected to the internet, as long as there is a gateway device. This reduces the overall costs, as multiple home devices can form an internal network with accessible network hardware.

Matter is an open-source protocol. What this means is that anyone can use Matter to improve the connectivity and security of their devices. Businesses only need to pay for certification, and do not have to shell out licensing fees for using the protocol.

Matter has also put out an open-source SDK design to encourage people to develop better products.

Matter is deployable on low-capability devices as well as higher ones. This allows smart home device providers to access the technology without having to reinvest in infrastructure.  Practical implementation on low compute-resource devices, such as MCUs, makes Matter very easy to adopt.

One of the key development goals for Matter is to provide a seamless out-of-box experience for users. This means that Matter makes it very easy for users to operate smart home devices.

Why does it Matter?

Matter has ensured a single reliable wireless protocol for smart home devices. This has multiple implications for the industry as a whole:

While the standard has been largely welcomed by the IoT community, there have been some concerns regarding the release as well.

One of the common criticisms is that HomeAssistant and Z-wave certification already solved for the issues that Matter tackles, but it is being helmed as the first of its kind. Some of the community members took this opportunity to share some very relatable memes on the matter (pun intended).

Other criticisms include the use of Thread as a key technology in the Matter standard. While CSA claims that Matter strives for a more open standard, Thread itself is not open-sourced. This has come across as incongruous with the development goals that CSA has released.

Finally, the companies that contributed to the Matter standard had to pay to join CSA and affect the direction of Matter, which is a clear indication that these corporations have had influence over the development of the protocol. It then seems incongruous with the fact that Matter is now available for anyone to download and implement. As one forum post says,

“it seems that ‘you can use it, but you can't know how it works’ seems to be how the new CSA / Matter specs are being released too”

The Matter protocol is a step towards standardizing IoT processes globally. Given that IoT applications are so varied right now, businesses employing the technology aren’t always cross-compatible. Protocols like Matter offer a unified solution that brings the world a bit closer by the day. 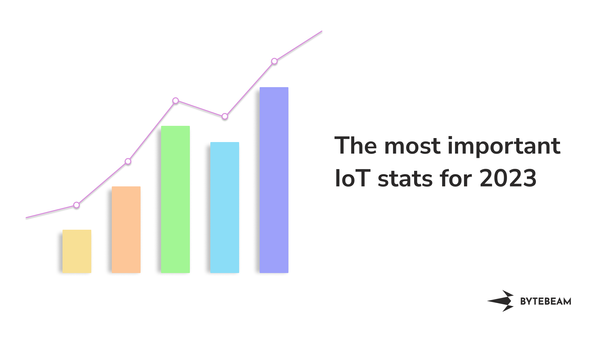 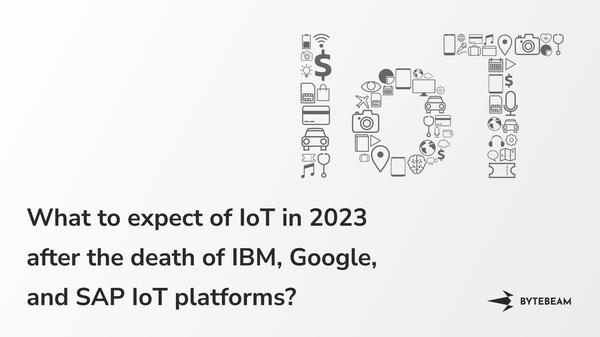